The Commission on the Black Sea

Next to the European countries Bulgaria, Romania and Greece, the Black Sea region is defined as additionally constituted by EU candidate Turkey and the post-Soviet countries Armenia, Azerbaijan, Georgia, Moldova, the Ukraine and Russia.

Relations of countries in this region are in many cases shaped by bilateral conflicts, crises and even wars. A dramatic example is set by the 2008 South Ossetian war between Georgia and Russia in South Ossetia and Abkhazia. Relations between Armenia and Azerbaijan, between Greece and Turkey and Turkey and Armenia are however also heavily burdened.

A cooperative approach is additionally hampered by nationalistic tendencies and significant gaps in economic development between individual countries.

"As far as the European Union is concerned, the Black Sea region is on the one hand a bottleneck for energy supplies, and on the other the focal point of a number of different cultures and zones of influence", an analysis by the Bertelsmann Foundation points out. "Conflicts which have been put on ice and difficult transformation processes are characteristic of parts of the region. In contrast to the southern Mediterranean states, a large part of the Black Sea region is European in character."

At the same time, the EU has no consistent approach to the countries of this region nor do the concerned countries speak to the EU or any other international actor with a single voice.

The EU is attempting to tie the post-Soviet states Ukraine, Armenia, Azerbaijan and Georgia closer to the west by means of the organisation of the Eastern Partnership. On the other hand, Russia is very sensitive to any European initiative aimed at its traditional realm of influence.

In January 2009 the Black Sea Trust for Regional Cooperation (BST), financed by the GMF, the Bertelsmann Foundation (Germany), the Economic Policy Research Foundation of Turkey (TEPAV) and the International Centre for Black Sea Studies (ICBSS) jointly developed the Commission on the Black Sea.

The Commission on the Black Sea aims to bring the region into the focus of international politics. The publishing of four Policy Reports and a joint report with an executive summary are targeted at initiating debate in Brussels, in the capitals of the EU and in the region itself about the significance and challenges of the Black Sea region. The reports are also considered as recommendations to political actors in the region. The key issue is, how the countries can strategically position themselves towards the EU. In the Policy Reports the Commissions experts examine developments in the areas of economics, social affairs, regional cooperation and security/military affairs.

The membership of the Commission on the Black Sea is made up of international experts. In addition to scholars and representatives of participating think tanks, a number of high-ranking former politicians such as Erhard Busek, former Vice Chancellor of the Republic of Austria, Daniel Daianu, former Minister of Finance of Romania and Gernot Erler, former Minister of State of the Federal Foreign Office of Germany are among the members.

9 Feb. 2009: The Commission on the Black Sea is launched in Rome. Four working groups are to compile Policy Reports on the state of regional cooperation in the Black Sea region as well as the political, economic and security policy challenges facing the region.
8/9 Jun. 2009: During the first round table held in Istanbul, experts discussed the situation and future of the region. The four working groups presented their concepts for the Policy Reports.
24 Sep. 2009: A second round table of the Commission is held in Moscow. Participants discussed possibilities of international cooperation, threats to the region’s stability, and exit strategies under difficult circumstances.
24/25 Nov. 2009: The Commission’s elder statesmen met in Berlin and discussed conclusions of the previous work.
15 Jan. 2010: The first Policy Report: The Current State of Economic Development in the Black Sea Region is presented. Panayiotis Gavras, co-Head of the Policy and Strategy Department of the Black Sea Trade and Development Bank (BSTDB) in Thessaloniki, is the author of the first of four Policy Reports.
24 Jan. 2010: The Commission meets at the Bertelsmann Foundation in Berlin to discuss a draft of the joint policy report.
25 Jan. 2010: 80 experts and political decision-makers meet at the Federal Foreign Office in Berlin in order to talk about the current state of relations in the Black Sea area and the future prospects of this European region. The Russian Federation continues to be sceptical about a rapprochement of the countries in the region and closer cooperation with the EU.
23 Feb. 2010: The second Policy Report is presented: Security in the Black Sea Region. Mitat Çelikpala, Associate Professor of International Relations at TOBB Economy and Technology University in Ankara, is the author this report. According to Çelikpala, the region is politically, historically and geographically divided.
26 Mar. 2010: Policy Report III is presented: Reinvigorating Black Sea Cooperation: A Policy Discussion. It is authored by Panagiota Manoli, who is lecturer at the Department of Mediterranean Studies of the University of the Aegean (Rhodes) and Senior Research Fellow at the International Centre for Black Sea Studies (ICBSS).
29 Apr. 2010: Policy Report IV is presented: Democracy and Good Governance in the Black Sea Region. The authors are Franz-Lothar Altmann from the Bucharest State University, Johanna Deimel who is Deputy Director of the German Southeast Europe Association and Armando García Schmidt from the Bertelsmann Stiftung.
End of April: The joint policy report is published: A 2020 Vision for the Black Sea Region
17 May 2010: The joint policy report is officially presented in Istanbul.

By the end of 2010: Further presentations of the joint policy report.

The Commission on the Black Sea

The Center for the Studies of War and Peace, Moscow State Institute of International Relations (MGIMO)

Analyses regarding state of affairs in the Black Sea region

Cooperation with the Kremlin (Spotlight Europe #2010/01)

The European Union and the South Caucasus. Three Perspectives on the Future of the European Project from the Caucasus (Europe in Dialogue 2009/01)

EU Eastern Partnership: Fine, but what about Russia? (Spotlight Europe #2009/06)

Commission on the Black Sea publications

The Current State of Economic Development in the Black Sea Region. Policy Report I (January 2010)

Georgia minister: Russia could be a good neighbour (4 December 2009)

The limits of enlargement-lite: European and Russian power (16 June 2009)

Documents related to the Eastern Partnership 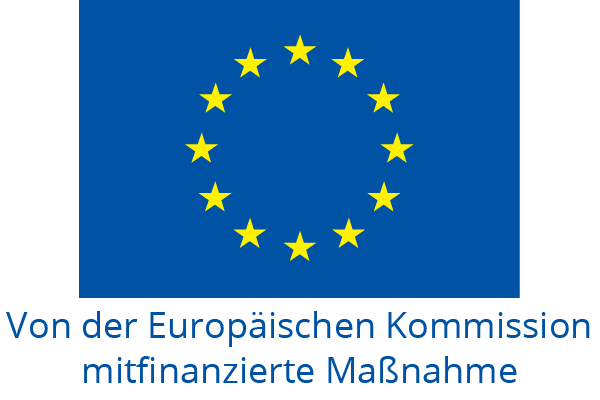