Is your bank financing deforestation? 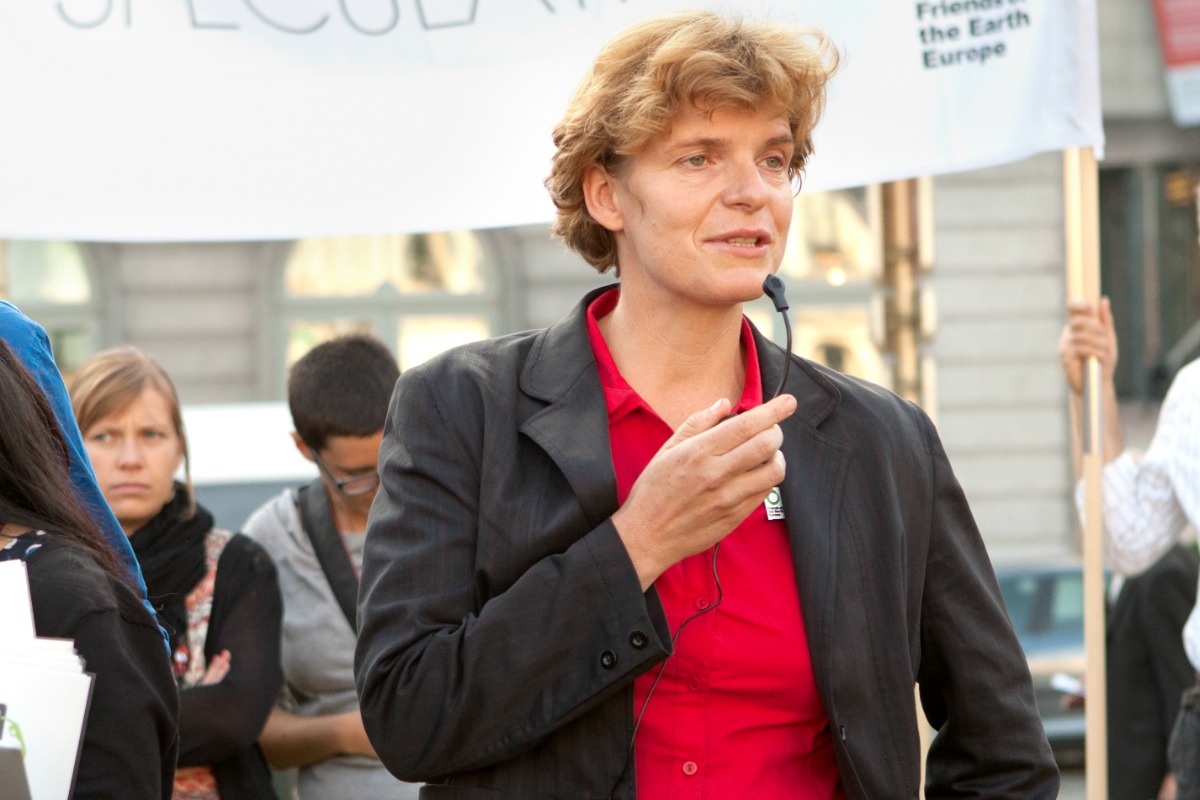 Opening a bank account may seem like a trivial thing to do for most consumers. But such decisions may have consequences for deforestation and human rights abuses in the developing world, writes Anne van Schaik.

By Anne van Schaik, accountable finance campaigner at Friends of the Earth Europe.

When opening a bank account, it’s unlikely that many people consider their money may be funding deforestation, human rights abuses, and land-grabs in the developing world. Yet some of the most recognisable banking institutions in the world are tacitly responsible for these activities via their financing of companies such as the palm oil giant Wilmar International.

Wilmar’s charge sheet is lengthy and far-reaching. Social and environmental groups in Liberia, Indonesia, Nigeria and Uganda have all reported a history of persistent land-grabbing, large-scale deforestation of areas of high conservation value, and the forced eviction of local communities from their customary land.

In December 2013, Wilmar bowed to public pressure on these issues and adopted an internal policy of “No Deforestation, No Peat, No Exploitation”. This committed them to a raft of measures designed to combat environmental and social injustice, including stopping development of particularly old growth, or carbon-dense forests and areas of high conservation value, and ensuring the respect of land tenure rights.

Five months on, the picture on the ground at Wilmar’s operations is a world away from what their new policy would suggest.

In Nigeria, Wilmar has failed to formally recognise the land rights of smallholders around its development, and continues to bulldoze forest without prior assessment of its conservation value. Meanwhile in Uganda, communities who have been displaced are still waiting for compensation. The nearly 4,000 hectares of natural forest that has been bulldozed to make way for palm oil plantations will not be restored.

A similar story emerges from Liberia, where Wilmar’s subsidiaries had entered into contracts that allowed for involuntary resettlement of local communities, and devastated local agriculture through their development encroaching onto nearby wetlands and reserve farmland. These issues are yet to be resolved in line with Wilmar’s new policy.

Wilmar is also yet to sever ties with Bumitama, a major supplier to Wilmar, which continues to run at least one illegal palm oil planation in Indonesia. In addition to not having rights to develop the land, Bumitama has destroyed forests containing orang-utans. Deutsche Bank announced at its shareholder meeting on May 22nd that it had divested from Bumitama after having received more than 87,000 signatures calling on them to sell their shares.

It is time for Wilmar’s financiers to divest too. The actions noted above are not the work of a company that, as its own policy states, has a priority “to protect forests, peatlands, and human and community rights”. Wilmar has demonstrated it has little intent to clean up its act. By continuing to provide financial support and services, ING, HSBC, BNP Parabias, Rabobank and Deutsche Bank have become complicit in its environmental devastation and human rights abuses.

Wilmar’s financiers should stop providing all financial services until Wilmar ceases its practice of deforestation, adheres to national laws in the countries where it operates, and applies Free Prior and Informed Consent in all of its operations, including returning lands acquired without communities‘ consent.

That this state of affairs has been allowed to continue is a clear example of the limits of what a voluntary system of corporate social responsibility can achieve. Without a legal incentive to report and account for the environmental and social consequences of their business, Wilmar has been able not only to conduct land-grabbing and deforestation for years, but also to be trusted to self-regulate.

European governments must pursue policies that make it obligatory to have due diligence processes in order to assess, prevent and mitigate the environmental and social impacts of companies’ business practices. Victims of Wilmar’s operations should be entitled to hold Wilmar’s financiers accountable in a court in the country where the financier is based.

Furthermore, EU-wide legislation has an important role to play. The upcoming directive on disclosure of non-financial and diversity information will, in theory, require around 6,000 of the largest companies across the EU to disclose the environmental consequences of their business practices, as well as other CSR-related issues including human rights and anti-corruption measures. This directive must be monitored closely to ensure compliance beyond lip-service.

Yet the improved transparency that the disclosure of non-financial accounting may bring will be in vain unless action is taken against businesses that wreck the environment and quash human rights.

A clear message must be sent that these practices are unacceptable. Wilmar’s financiers have the opportunity to send this message. They must take it.